The Methodists began worshipping in Cole Harbour in 1830 in the “Meeting House” built at the top of Long Hill.  It became Cole Harbour United in 1925 when The United Church of Canada was born.  Over time, the Cole Harbour congregation outgrew the space in the Meeting House and moved to a new “portable church” on Bissett Road.  As growth continued, a new church was erected on the site and dedicated on June 7th, 1970.

In the early days of Woodside, religious services were held in the “Mission Hall”, which was built in 1880 on land north of the present church on Everett Street.  In 1921, it was dedicated to the glory of God.  The Rev. R.A. Patterson became the first resident minister.  In 1965, the new hall was built and renovations were undertaken.  In 1974, the decision was made to move to part-time ministry and in 1994 the congregation established a Long Range Planning Committee to faithfully discern the way ahead.  The congregation made the bold and faith-filled decision that amalgamation with another congregation was the best way forward.  Discussions with Cole Harbour United began in late 1997.

This amalgamation was the successful conclusion of “The Journey to Unity” which began in January 1998.  The quilt hanging on the front left side of the sanctuary beautifully commemorates that event.

Shortly after amalgamation the congregation began the process of determining what our needs would be for a new building so that we could expand our ministry in the community.  With much hard work and a great deal of prayer the decision was made to build and renovate.  Construction began in August 2003 and on Thanksgiving Sunday 2004, we worshipped for the first time in the new sanctuary.  The dedication service was held on April 17th, 2005.  The renovations to the old building were completed in August 2005.

Since that time, we have welcomed new families into our midst, begun new ministries like the Resource Centre, Funeral Ministry, a growing use of technology and most recently the establishment of a Parish Nurse position being filled by Heather Johnston and most recently increased our ministry staff with the calling of an associate minister.

The next piece of history was the opening of our “Serenity Garden” in June 2013.

God continues to bless us in ministry and we pray that in all things we might continue to live out our mission of “Offering the Care and Comfort of Christ”.

If you would like to make an offering to the church, we accept payments online.

Cole Harbour Woodside Church is excited to be partnering with the Church of St Andrew and other community people to fund raise and support a Syrian refugee family. You can follow the group's activities in the group blog or on Facebook.

The United Church of Canada 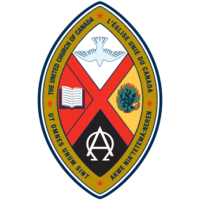